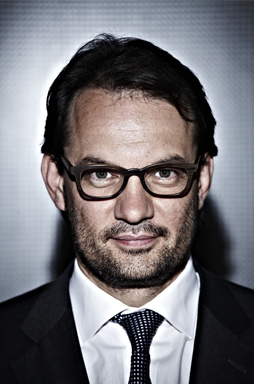 Roman Koidl is what one would call a serial entrepreneur. In 1996 he founded World Coffee — the first coffee shop chain in continental Europe — which he sold only a few years later to a roast house in Hannover. Prior to this he built up a business consultancy specialized in branded articles and commerce and in 2000 he took over the long-established company MOST Schokolade with over 800 employees and 142 stores, saving it from bankruptcy. In 2007 he launched the internet startup Schokogramm.de which was successfully sold to the Swiss business group MIGROS in 2011. His holding company Direct Investment Partners AG is a so-called company builder, developing startups designed to digitalize traditional industries and markets. Key investments include the online art marketplace fineartmultiple and the FinTech business ClearVAT. Koidl also holds trademark rights for several companies of long tradition: in addition to those of MOST Schokolade which was founded in 1859, he also holds property rights to Java Kaffee, Stockmann Schokolade and Westfalenbank. His corporate finance expertise lead him to take on the role of Senior Advisor at US Hedge Funds Cerberus Global Investors LLC, New York, in 2003 as well as at the Investment Fund Värde Partners Europe Ltd., London in 2005.

49-year-old Austrian Koidl was a lecturer for communication and knowledge transfer at the University of Applied Arts Vienna for two years and has an ongoing passion for 1920s design. 10 years ago he discovered a dilapidated power substation belonging to Berlin-Charlottenburg train station by accident whilst jogging. It was built in 1928 by Richard Brademann, the architect of the Berlin S-Bahn, in the style of Bauhaus. The entrepreneur started renovating the vacant building in 2006 and in it founded the non-profit Kunsthalle Koidl — a space for contemporary art aimed specifically at collectors and their collections. In addition Koidl has published several nonfiction books, including the SPIEGEL bestsellers Scheißkerle and Blender, both of which were translated into several languages. His latest book „WebAttack – Der Staat als Stalker” was nominated for the International Book Award at the Frankfurt book fair in 2014. Koidl stepped into the public eye during his time as digital advisor and campaign manager to the German chancellor candidate Peer Steinbrück in the German national election campaign of 2013.