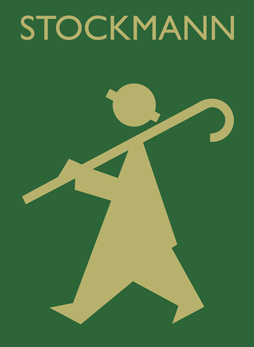 In 1898 the Theodor Reichhardt cocoa company moved from Halle/Saale to Wandsbek (near Hamburg), and developed into Wandsbek’s largest company over the following 18 years. A major fire in 1921 interrupted production, but the company soon recovered. Eventually, in the spring of 1928, the Reichhardt plant was sold to the Stollwerck Group for 10 million Reichsmark. In the process of this, the business was relocated to Cologne.

Yet chocolate production in Wandsbek did not come to an end after the Reichhardt plant was sold. Herbert Stockmann, having imported tropical fruit to Wandsbek since 1932, started producing chocolate in the former business location of the Actien Bierbrauerei Mariethal (Hamburg) in 1949.

In the mid-1960s, Rowntree Mackintosh merged with Stockmann. Nestlé took over Rowntree in 1988 and modernized the Hamburg plant in the 1990s. Roman Maria Koidl acquired the “Stockmann Schokolade” trademark rights in 2007.